I came across this article and thought I’d share with the many Android users out there. While, I’m not as versed in the Android world, I do want Android User’s to know the Blonde Byte loves them too…

This article was written by Rick Broida of CNet.

“Anything iOS can do, Android can do better, right? Or maybe it’s the other way around? Bottom line: If there’s a particular feature built into one platform, chances are good you can emulate it on the other.

Take Spotlight search, one of my favorite iOS capabilities. Tap a few letters and you can quickly locate an app, contact or just about anything else on the web or your device. It can be a big time-saver, especially when the alternative is manually sifting through the data yourself.

FastKey Launcher isn’t the first app designed to add Spotlight-style search capabilities to Android, but it’s a new one that’s free, fast and worth a look. If you’ve ever used any kind of keyboard-powered dynamic search, you’ll feel right at home with FastKey. The app adds an omnipresent keyboard to your home screen. Just start typing and presto: It immediately presents matching apps and contacts. Usually you can drill down to what you’re looking for with just a letter or three. 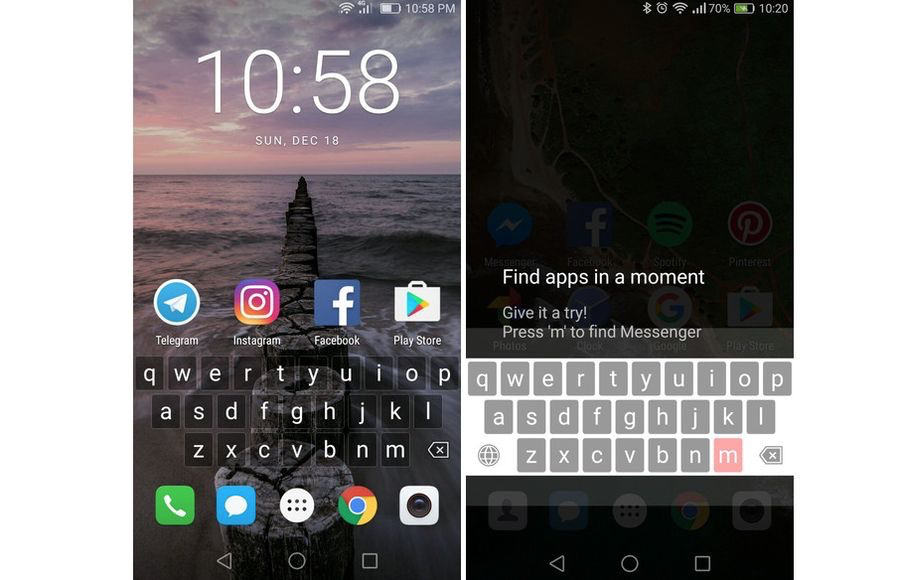 Because it’s embedded and not a pop-up, the keyboard does take space away from app icons and widgets. But I suspect you’ll find yourself needing (or wanting) far fewer of the former, because it’s so much quicker and easier to locate apps this way — especially if you’ve never really taken the time to organize them.
Take Twitter, for example: You probably won’t have to type more than “T” for the app to become visible, and certainly no more than “Tw.” Once you get accustomed to searching this way, you won’t go back.

FastKey lacks a number row, a problem only if you have apps with numeric names (2048, anyone?), and obviously it doesn’t extend beyond apps and contacts the way Spotlight does. Of course, most Android users rely on Google for searching beyond the phone, so that’s not much of an issue.

If there’s one other wish I had for FastKey, it would be for a widget option — a way to add it to an existing launcher such as Google Now without fully replacing it.
Even so, I’m a big believer in keyboard-driven search, and this gets the job done really nicely. “