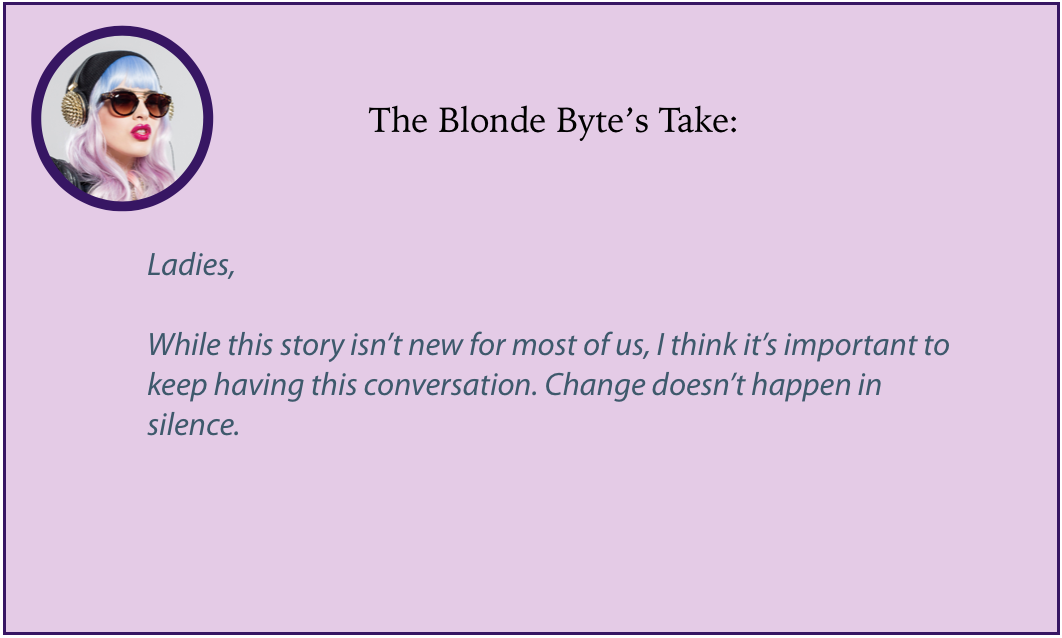 Women tech founders face an uphill battle getting in front of VCs and raising money. That’s true in Silicon Valley, which still has the look of a college fraternity, and it’s true in tech hubs like London, Berlin and Amsterdam. It’s bad for women; and it’s equally bad for the tech industry, because the exclusion of female talent and leadership inhibits innovation and growth.

The gender gap in tech is widening globally; only 10 percent of investor funding goes to women-led ventures. And as few as 10 percent of positions at leading tech companies are occupied by women.

Europe shows the same trends we see in the Valley: booming growth, but disproportionate numbers of women in leadership and meager VC investment in women-led startups. In the U.K., the second-largest European startup hub after Berlin, male entrepreneurs are 86 percent (almost always) more likely to receive VC funding than their female counterparts and 56 percent more likely to secure angel investment. Tech is supposed to be a meritocracy, but it’s unfortunately still more like a “mirrorocracy.”

With the funding odds stacked against them, it’s not a surprise that only a little less than 15 percent of European startups are founded by women entrepreneurs, who must turn to self- funding or even crowdfunding to survive.
Now consider this: VC-backed women-led tech firms bring in 12 percent higher revenue than male-owned tech companies. And their ROI is a whopping 35 percent higher. When they get support, women leaders in tech not only do well, they excel. That’s true on a global scale.

How does fair access to funding sources for women entrepreneurs translate to the broader economy? It’s estimated that in the U.K. alone, if every single woman who wanted to start her own business had the support to make that possible, it would immediately produce 340,000 new businesses and support 425,000 new jobs.

We know that funding women-led startups leads to better products and innovation that consumers and businesses want. We know that women-led ventures have strong ROI.

Most funding networks are often old boys’ clubs. But more women-led investor firms like BB Ventures, Kapor Capital and Backstage Capital in the U.S. and Allbright in the U.K. are demonstrating to the VC world what it looks like it be intentional about funding game-changing diverse ventures.

Another shift we’re seeing is the rise in the sheer number of women-led startups. In fact, in the last 18-months we’ve seen close to 2,000 early-stage women-led ventures apply to Women Who Tech’s Women Startup Challenge across the U.S. and Europe. Some of these startups are breaking the mold with ideas that could have major impact all over.

To keep the pipeline flowing with remarkable new product ideas, the tech and VC community needs to be intentional about opening the doors (beyond the usual suspects) and providing support to upstart women-led ventures.
After all, the founder of the next “unicorn” may just be that talented “she.”

So broaden your search and find her startup.