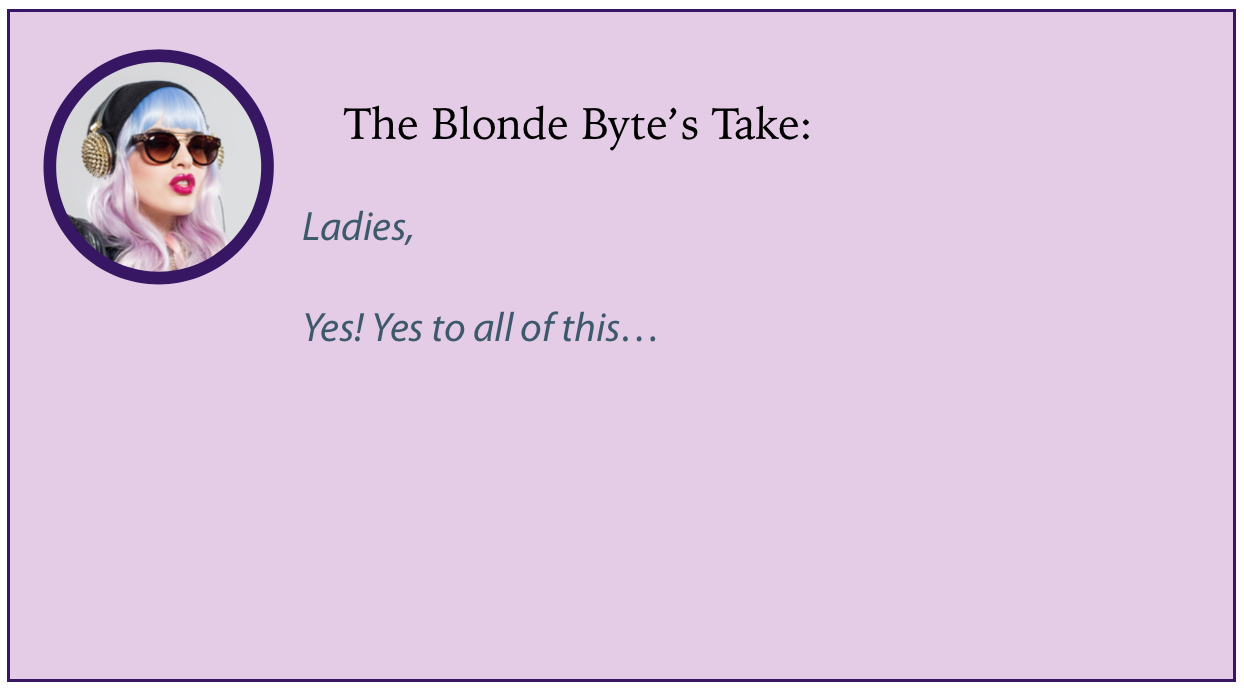 By Rana el Kaliouby Co-founder and CEO, Affectiva as Featured on Inc.com

I just got back from attending CES 2018 in Las Vegas where over 180,000 people descended on the city to discuss all things tech. At Affectiva, we are spending more time in the automotive space as car companies look to capture driver and occupant state to improve safety and optimize the in-cab experience in autonomous vehicles. So CES was THE place to be to meet with existing and prospective automotive partners. And busy it was. I was in back-to-back meetings all day on Tuesday: eight meetings altogether. Twenty-four men. Only one woman besides myself. I attended a panel on the future of intelligent cars: all (white) males.

The lack of women on stage was a recurring theme at the conference: the keynote addresses were overwhelmingly male and so was the speaker lineup for the Consumer Telematics Show, prompting the hashtag #CESSoMale. As co-founder and CEO of an AI company, I am used to there not being many women in the room especially in AI. But still, the notable absence of women on stage and in meetings, with everything going on around us, felt surreal.

Later that evening, I was fortunate to be invited to an intimate “Women in Tech” dinner hosted by Peggy Johnson, Executive Vice President, Business Development at Microsoft and Microsoft Ventures. For what it’s worth, I was recommended for the dinner by a male colleague who is in tech investing – so yes, there are AMAZING guys out there who are advocates for women!

A role model for women in tech, Peggy spent many years at Qualcomm before joining Microsoft as one of CEO Satya Nadella’s first hires. The other women at the dinner were equally accomplished. In fact, this was the most women tech investors I’d ever met in one place. There were also women founders of very successful startups in the mobility and media space as well as heads of products and business development at billion dollar companies. That none of these women were on the CES stage baffled me. It baffled all of us at that table.

I attend a fair amount of these “women events” but this one was different. Just a couple of nights before, Oprah Winfrey had given an inspiring speech – a call to action to women (and men) to speak their truths especially as it relates to inequality in all its forms. As we went around the table sharing what we are excited about in 2018, I felt an incredible sense of optimism. There was also consensus that it was time for action. Trending hashtags are not enough.

The conversation inspired me define five actionable things that I feel inspired to take on in 2018:

At dinner, we had a heated debate about whether it’s OK for women to show their emotions at work. I was surprised that the women at the table were split on this. Several felt it hurts our careers and is downright “unprofessional”. Others challenged this: why is it OK for men (take Steve Jobs for example) to express their frustration by yelling and swearing at others, but it is not OK for women to express their frustration say through tears? Why is it that the emotional male leader is seen as assertive and powerful, whereas an emotional female leader is seen as weak?
I’ve spent my career giving computers the ability to recognize human emotions, so I know very well the stigma around emotions. It is why, in 2009 when we were spinning out of MIT Media Lab, my co-founder Professor Rosalind Picard and I avoided the word “emotions” in our company name and early pitch decks. But it is 2018 and the world has changed. There is now increased recognition that emotions drive people to act and are so critical, not just in the culture of an organization but also in how companies choose to engage with their users. It is time that we de-stigmatized emotion and as Jack Ma, Founder and Chairman of Alibaba puts it, celebrate what makes us human: our capacity for passion, compassion, understanding.

2. More Women Camaraderie and Support for Each Other

Enough of the queen bee syndrome. When a woman on your team or in your network comes up with an idea, make sure she gets credit for it. If you are in a meeting and a fellow woman gets cut off, stand up for her, for instance by saying “I’m actually interested in hearing the rest of what Zoe has to say – Zoe please continue”. Share and amplify the success stories of other women – this is not a zero sum game! Also, be generous with your connections. Vouch for women on your team and women in your network. Make introductions, help them get on company boards and on stage. Help them expand their responsibilities and celebrate their successes. I especially look forward to supporting the awesome women on Affectiva’s team.

3. Partner With The Men Who Get it And Challenge Those Don’t.

But this isn’t just about women supporting each other. Men play a crucial role here too. Collaborate with and reinforce those men who get it; challenge those who don’t. I have been fortunate to have amazing male mentors and advisors who celebrate women in tech. On a personal level, these men celebrate my successes and cheer me on when it is challenging. These men care about gender parity and focus on that with intention – routinely recommending women in their network to event organizers and company boards. I am also lucky to work with team members who are strong advocates for getting more women in STEM. Even though Affectiva is co-founded by two women scientists, our science and engineering teams are still predominantly male. This is something we recognize and are actively working on. Forest Handford, Engineering Manager at Affectiva has put guidelines that insure that gender (and other biases) don’t creep into our interviewing process. In one case, Forest advocated for hiring a female intern. He reminded everyone that male candidates often over inflate their abilities while women generally undervalue their abilities. Over the past year, with Forest’s leadership, we have been able to attract four female interns; up from one the prior year.

Be you. Own the leadership style that makes you you. If you are an empathetic leader by nature, embrace that. Your team is better for it. I personally believe in bringing your whole self to work and being open and transparent, even vulnerable. I believe that builds trust, loyalty, and a sense of belonging and passion. All these things that are fundamental in the office.  Challenge gender norms. For instance, it should be ok for both men and women to talk about their kids and other non-related aspects of their life at work.

5. Life Begins At The End Of Your Comfort Zone.

Get out there. Build your personal brand. Get on stage, even if if it is outside of your comfort zone. Not because you are a woman, but because you are an expert on what you do. Reach out to events where you think there should be more women speakers and make recommendations. I personally do a lot of speaking engagements in tech, but am committed to getting more involved on the automotive tech stage.
This is the year of action. There are not enough women in AI. We need to start a network of women who are in that field in academia, business, and investment. My goal for 2018 is to identify those women, reach out to them, support them and perhaps host an event for Women in AI. If that interests you, please reach out to me and let’s make something happen.

What do you think about these suggestions for taking action for women in tech? Sound off in the comments below!