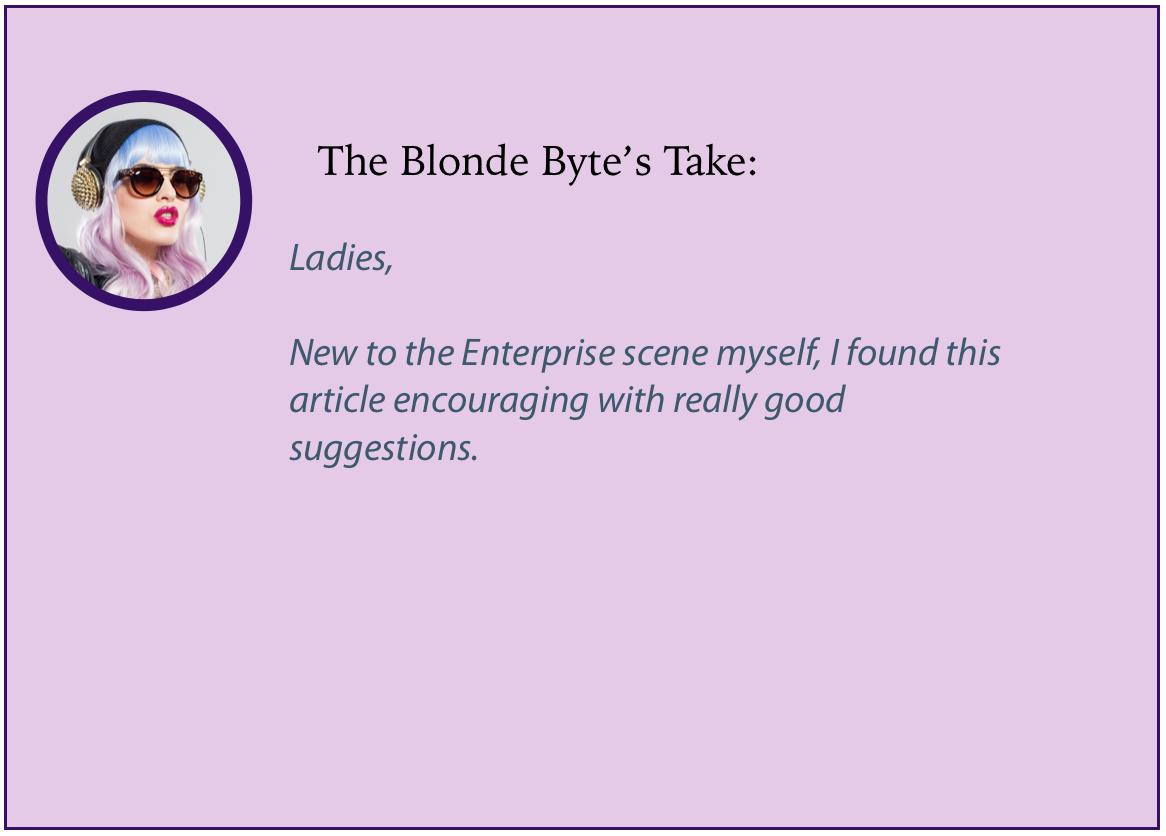 If you’re a woman seeking a career in enterprise technology, you already know it’s an uphill battle. However, times are changing for women in technology and other industries. A greater push for gender equality is taking place across all industries, with women demanding equal pay while also advocating for equal representation at all levels of leadership.

According to By The Numbers, 26 percent of professional computing occupations in the US were held by women in 2017. This push is shaping a range of opportunities for aspiring female leaders, as businesses and executive leaders work to create channels for upward female mobility. Here are the ways women are seizing new opportunities to become enterprise leaders and transform the tech industry.

The business case for gender equality

Many organizations are trying to increase the number of women in all positions, including senior leadership — but it isn’t out of the goodness of their hearts. Increasingly, businesses recognize the value of having women represented at all levels of their enterprise.

Several years ago, a study by Credit Suisse found that companies with at least one woman on their executive board outperformed competitors with no female board members by 26 percent. More recently, a study from the Peterson Institute for International Economics examined 21,980 companies around the world and found that companies with strong female leadership earned a 36 percent better return on equity than companies lacking strong female representation.

Yet the evidence behind the benefits of female leaders hasn’t translated into broad representation at all — or even most — tech companies. According to Business Insider, women hold just 11 percent of executive roles in Silicon Valley. But gradually, women in technology are building pathways to help aspiring female leaders advance to higher positions at their organizations.

One of the greatest catalysts for change with regards to representation of women in technology has been through concerted efforts by current female leaders to offer mentorship to younger female workers. These mentorship roles provide much-needed guidance and career counseling to women in tech eager to advance through the ranks while navigating the challenges of being a woman in a male-dominated world. According to Built in Boston, multiple female executives working in tech are involved in mentoring ambitious younger workers to support them early in their careers.

Another common thread identified among these executives: Great work is eventually rewarded. While challenges may exist in creating opportunities and being given fair consideration in a male-dominated culture, many believe that a woman who proves her expertise will eventually find opportunities at the executive level.

These efforts to build a strong resume can also be supplemented by mentorship from other female leaders. Women can also take advantage of leadership development programs targeting women as well as networking and skills-building opportunities at conferences geared toward female leadership and tech.

One way aspiring female enterprise leaders can bolster their own career opportunities is by concentrating their efforts on developing high-demand skills suited for the future of enterprise technology. While many sectors of IT report a shortage of skilled employees and hiring prospects to fill important roles within the organization, some aspects of IT operations are particularly starved for qualified candidates.

According to CSO Online, the global cybersecurity industry is poised to experience a 3.5 million-person shortfall for jobs by 2021, underscoring an urgent need to develop and hire professionals qualified to serve in these enterprise roles. Women in tech aiming for leadership roles would be wise to identify these areas of need and to begin developing a resume that makes them well qualified for these roles in the future.

In the case of cybersecurity, recent waves of attacks — combined with the proliferation of IoT technology — have resulted in rapid technology developments that haven’t been matched by comparable strides in cybersecurity. This has created an opportunity for aspiring young professionals to build skill sets that will be leaned upon heavily in the near future.

How men can help

As women seek leadership opportunities in a traditionally male-dominated field, men can serve as vital allies in this process. Code Like a Girl highlights a number of ways men can support female empowerment in tech. These include educating themselves on the historic inequities of women in tech — and, more generally, the professional world — and performing small acts like making a more concerted effort to retweet women on Twitter. Men can also co-sign a Decency Pledge, posted on Medium and other websites, which seeks allies determined to work for and protect the rights of female entrepreneurs.

Men also should consider how their voices can support and validate the drive for greater equity in female leadership, particularly when it comes to calling out bad behavior on social media and advocating for changes and actions that support women in their own workplaces.

Women in technology have traditionally been an underrepresented group, but business culture is slowly changing, and many companies now realize that the presence of women in tech leadership roles can have a positive impact on the entire organization. By seizing upon opportunities to develop leadership skills, young women can build a platform to launch themselves into important leadership and executive roles, bringing much-needed fresh perspectives to organizations in the process.

What do think of women’s roles in enterprise tech? Tell us about it in the comments below?