Hundreds of thousands of Routers could be infected.

By Daniel Paez of Inverse.com

Even if your internet is running smooth and speedy, you still need to restart your router. On May 25, the Federal Bureau of Investigation issued a public service announcement to everyone with a router in their home or office warning that an unidentified group of cybercriminals may have mounted a large-scale attack on networked devices across the globe.

The FBI advised people to reboot their routers to “temporarily disrupt” the malware that could be infecting your device. The government agency also recommended you make sure your device is fully updated, secured using a strong password, and is encrypted.

Here’s a breakdown of what the FBI said happened and how you can reboot or reset your router, just in case your network was compromised. 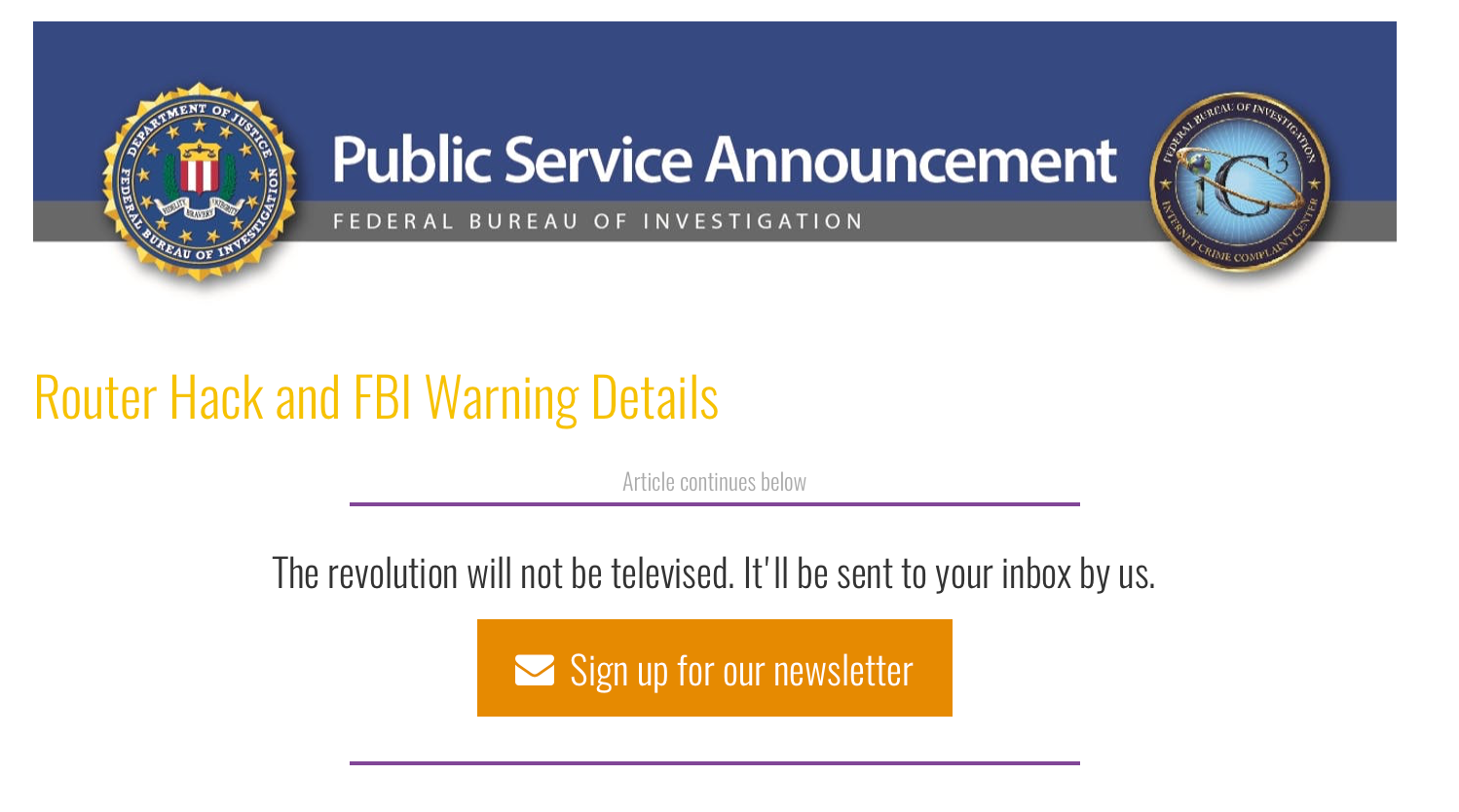 In its warning, the FBI said that the agency didn’t yet know how or where the initial infections began, but the scope of that attack has grown significantly. Hundreds of thousands of home and office routers have been infected with malware known as VPNFilter.

If you’ve ever had problems connecting to the internet and have called tech support, the person on the other end of the line likely had you unplug your router. Rebooting — or power-cycling — your router gives it a fresh start and is generally one of the first steps recommended when troubleshooting your network device.

The FBI states power-cycling could interrupt VPNFilter, though Symantec states that this type of attack can persist even after a reboot. If you own one of the devices that are known to be susceptible to VPNFilter, you might want to reset your router to factory settings. This will require you to set up your WiFi all over again, but better safe than sorry.

How to Reset Your Router to Factory Settings

How do you feel about the FBI’s warning? Do you have tips on protecting your router and home network? Sound off in the comments below!