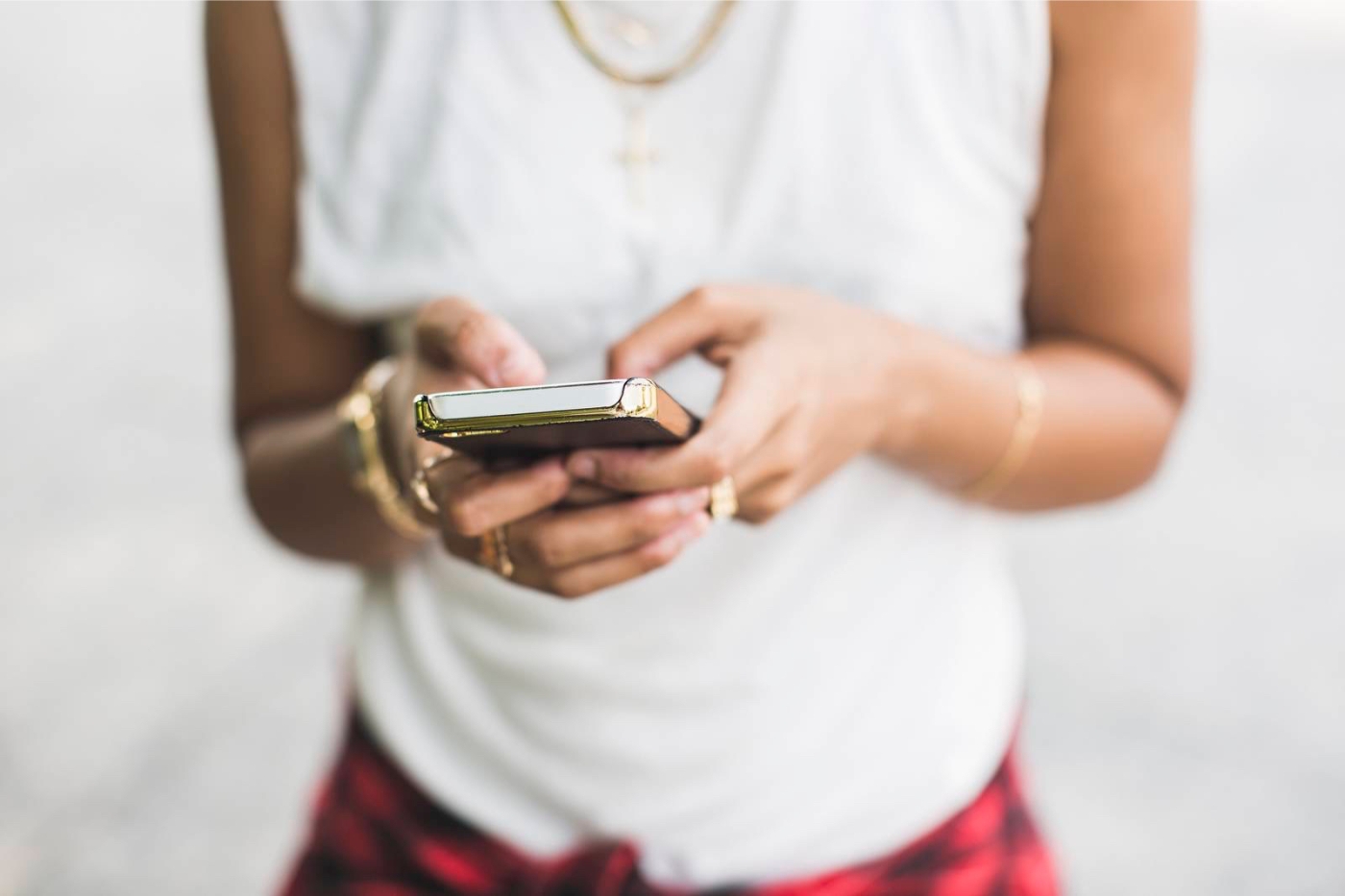 Meet Companion, a travel app that claims it will keep you safe. 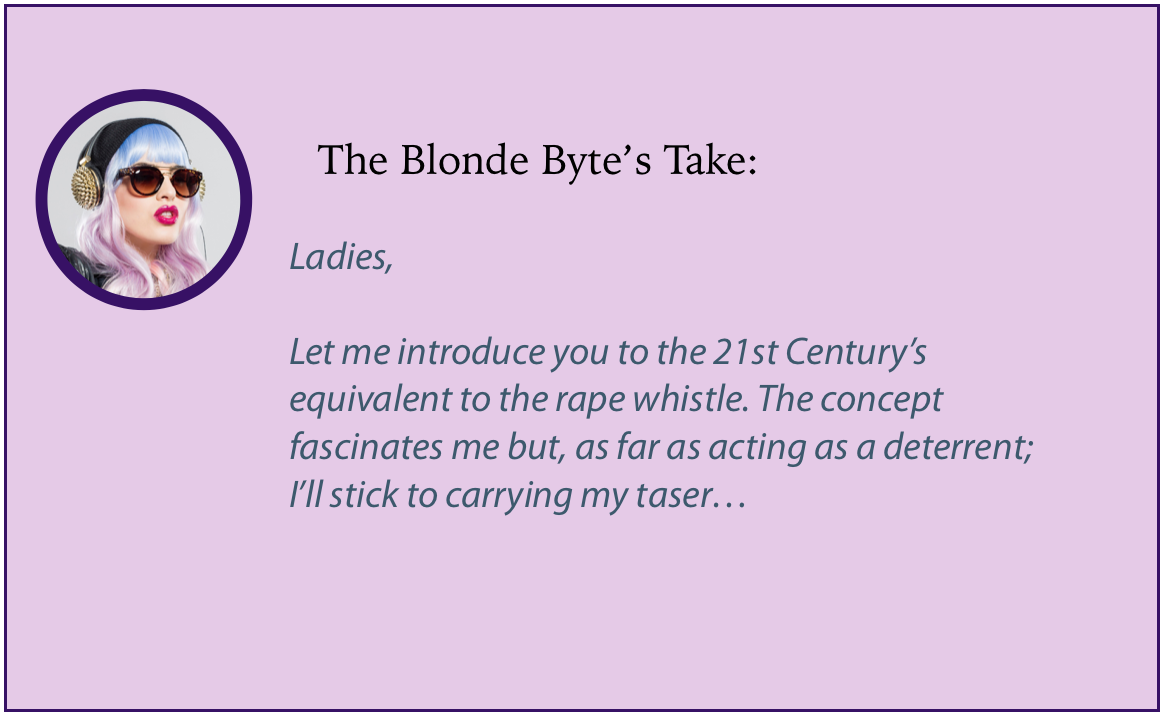 By Christopher Elliott of Fortune.com

Can a smartphone really keep you safe? On the face of it, the answer is, of course not. A phone can’t protect you from violent crime any more than a PC or a tablet computer. But information is power, as they say, and the combination of a smartphone’s data, location technology and innovation can keep you out of some kinds of trouble.

That’s the idea behind Companion, an iOS app that allows solo travelers to connect with family, friends or public safety departments who can track them on their trip and get alerts if they run into trouble. It’s part of a growing category of apps that promise to keep you safer when you’re on the road, including LiveSafe and Rave Guardian.

Companion became one of the most downloaded iPhone apps early after it’s initial release. Although the company wouldn’t disclose exact numbers, a representative told FORTUNE that it has more than a million users.

It’s no surprise. A slew of articles in the tech press have breathlessly described Companion as an “incredible” new app that lives up to its billing of keeping you safer on the go.

Here’s how it works

Say you’re walking back home after dark through a questionable neighborhood. The app allows you to designate one of your smartphone contacts as a “companion,” letting that person know where you are and where you’re going.

The Companion app tracks you as you head home, asking you if you’re “OK” from time to time. If you don’t acknowledge the prompt by tapping a button, the app will notify your companion that you could be in trouble. 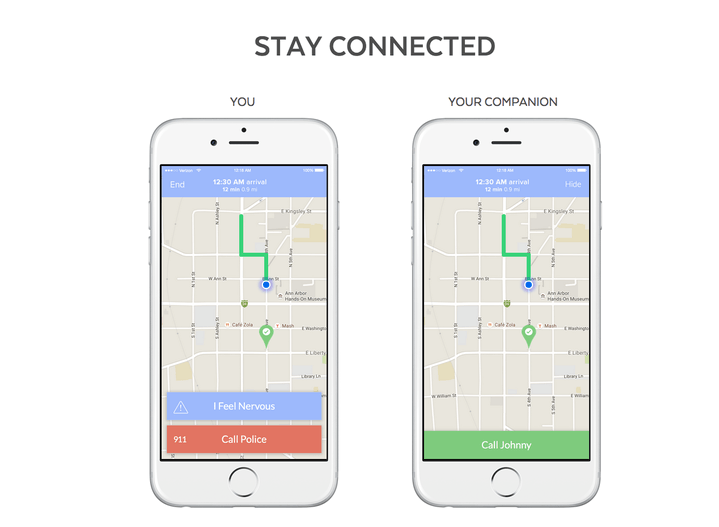 The app can also tell if you’re walking or have broken into a jog, and it can detect if your headphones have been removed from the jack. Any of these events can trigger a notification, sending a message to your designated friend or to law enforcement.
“We are able to detect when you may be in a sketchy situation and automatically alert your companions with our real-time alert system,” the company says on its site.

But the app has garnered some decidedly mixed reviews.

“I feel ten times safer walking home [with Companion],” raved one iTunes store reviewer. “I constantly get approached by strange men and the ‘I feel nervous’ button is an awesome idea.”

Another customer complained that she selected a companion — her husband — and then tried to send him notifications. She received a return receipt, but he never received them. She called the app “dangerous and deceptive.”

Overall, the app has three out of a possible five stars.

I asked the company if it could connect me with any satisfied users — people who found themselves in an unsafe situation and were helped by Companion. Normally, software developers keep a list of end-users who are willing to share their stories with the press.

“We have no concrete examples of someone being saved by our app,” Lexie Ernst, the co-founder of Companion, told me. “However, we have heard many people say that they love using Companion with their kids who walk alone to a bus stop early in the morning, with their family/friends studying or traveling abroad, and even people using it with their elderly parents or grandparents. Overall, it’s a great way to keep in touch!”

Perhaps Companion’s promise to turn your iPhone into a “safety device” is slightly overstated, but one thing is certain: The app appeared on the scene at the right time. No amount of smartphone technology, or wearable devices and new features, can really protect us from a determined criminal — at least not yet.

What do you think of this kind of App? Useful or no? Sound off in the comments below!