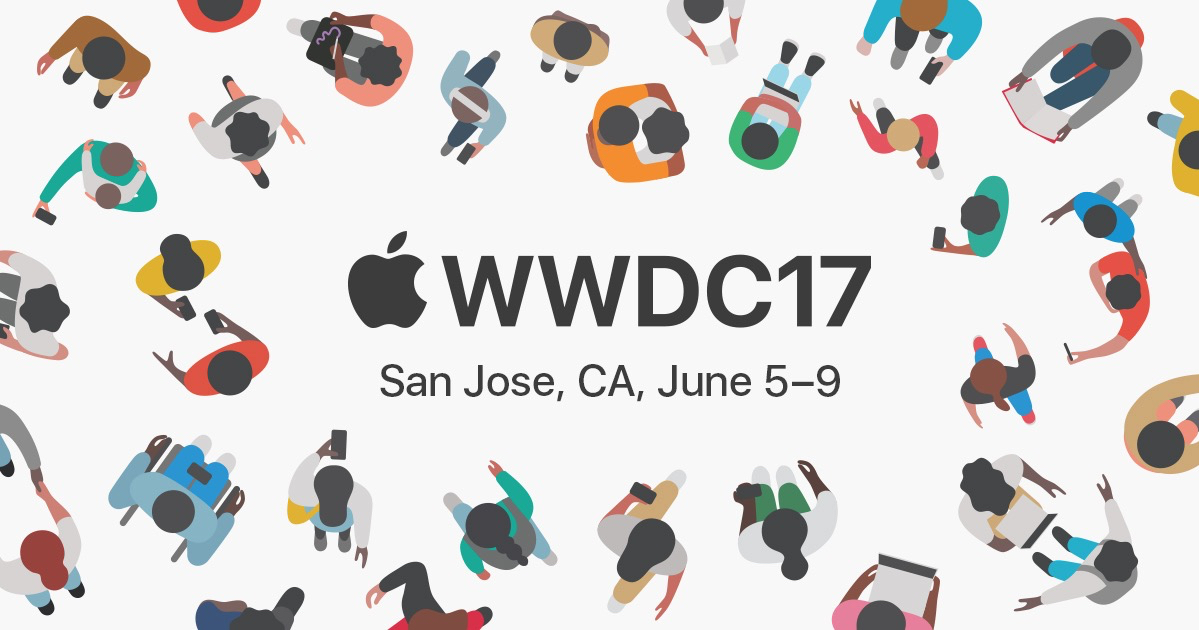 by Natt Garun of The Verge

The rumors for this year’s WWDC came in the final hours leading up to the event, with hints of new hardware and, of course, software news for developers to help prep the release of consumer updates in the fall. We were also anticipating the company to finally take Siri up against the likes of Amazon Alexa and Google Assistant on the hardware and smart home front — and it looks like it arrived in the form of the Apple HomePod.

Here are the highlights from today’s keynote.

So let’s get the Siri speaker rumors out of the way: it turns out Apple wasn’t quite aiming its smart speaker to go against just Amazon Echo and Google Home, but also the Sonos home entertainment speakers. Called the HomePod, it uses spacial awareness to tune and better fill the room with sound based on the space it’s in. It also has a “Musicologist” feature that works with Apple Music to stream the music you ask the speaker’s built-in Siri to play. You can even ask more complex, music-related questions like “Who’s the drummer in this song?” or “What album came out on this day 20 years ago?”

The HomePod will be available in two colors — black or white — and will integrate Siri in an Amazon Echo / Google Home-like use case. You can ask it to control smart home devices and check the day’s weather and news briefings. Apple priced the HomePod at $349, with plans to ship it in December first to customers in the US, UK, and Australia. It will enter more international markets next year. Check out our hands-on with the HomePod for a first look.

There’s a new iMac Pro as well, with a 5K display with improved cooling capacity, and 8-core Xeon processor (upgradeable up to 18-core,) up to 4TB of SSD, up to 128GB of ECC memory, four Thunderbolt 3 ports, and built-in 10GB Ethernet.

The new version of iOS software has some pretty social updates, such as an update to Siri that has improved speech, the ability to help translate sentences into different languages, and on-device learnings that suggest actions based on what you do on your iPhone or iPad. iMessages now live in the iCloud, with synchronized conversations that you can delete from any device you own that are under the same account. You can also pay and receive payments from contacts through iMessage — so no more Venmo or Square Cash if you don’t want to download extra apps.

Photo capture is also improved, with better low-light performance, and the ability to edit Live Photos so you can change the key still image or trim the video. There’s a new control center as well, which relies a lot on 3D Touch and condenses most controls on the lower half of the screen without looking cluttered.

There’s also a new safety feature that recognizes when a user is driving and automatically turns on Do Not Disturb to prevent distractions. When you’re available to be more social, you can now head to Apple Music to see what your friends are listening to and check out shared playlists.

Lastly, the App Store has been redesigned for better discovery and a How To section for tips on how to use various popular apps. Apple’s also bringing back the “App of the Day” section to promote users to open the App Store more frequently.

On the iPad, iOS 11 improves multitasking that lets users pull up an app from the dock and drag it onto the screen to split the screen. Similar to what you can do on a MacBook, you can use touch to hold and drag folders, files, or photos and drop them in a different app such as Mail or iMessage. Handwritten text from an Apple Pencil will also be searchable from the Notes app. Apple claims it uses “deep learning” to recognize penmanship.

Apple also talked briefly about the Files app that leaked a few hours before the keynote kicked off, which is just a management system that you can use to sort files by size and date, similar to how you’d go through your files on a desktop or laptop.

Rather than requiring external hardware like Microsoft’s HoloLens, Apple seems to be betting on ARKit to provide impressive quality imaging through a device most people already own. We’ll know more on how the quality actually compares when we get to try it out ourselves.

The iPad Pro will now be available in three different sizes, with a new 10.5-inch model introduced today. There’s a 12-megapixel camera, just like the iPhone 7, with a 7MP selfie cam. It supports USB 3.0 and has 10 hours of battery life.

There’s a new feature called ProMotion which reduces the Apple Pencil’s latency to 20 milliseconds. It can automatically adjust the refresh rate based on what you’re watching (fast-moving video versus still image). ProMotion also doubles the refresh rate to up to 120Hz.

The 10.5-inch iPad Pro will be available starting with a 64GB configuration at $649; it’s available to order now and shipping next week. 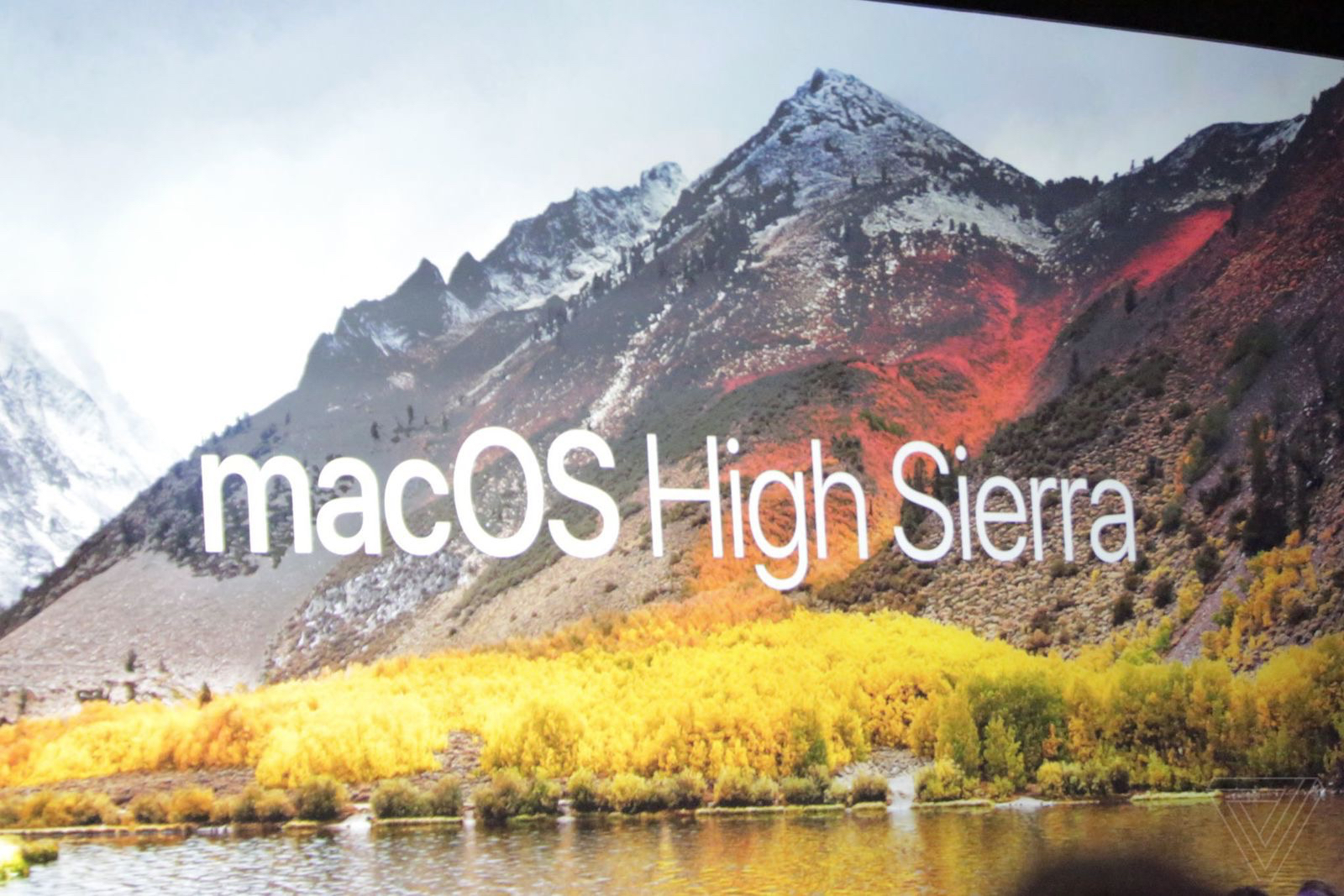 The upcoming version of macOS will be called High Sierra, and it comes with updates to Safari that help block site trackers and autoplaying videos. Apple’s also added new photo-editing tools like curves (helpful for those who don’t have Adobe Photoshop), and it has better filtering tools to sort images by keywords or faces.
An updated file management system will be a part of the update as well, which speeds up directory cloning with native encryption. On the graphics end, there’s a second version of Metal, support for VR, and a Metal 2 developer kit that you can order with an AMD GPU to tune apps for external graphics.

An update for the Apple Watch is coming which introduces new faces that display different types of informations, such as Siri reminders or more visual ones that feature Toy Story characters a la Mickey Mouse. There’s also a fitness-focused update, which includes monthly challenges to encourage the wearer to get more active and NFC-enabled data sharing where the user can tap their Apple Watch on gym equipment to pair the two, sharing the most accurate calorie burn and activity information.

There’s also a new Music app to make finding and playing music via the Apple Watch more visual — you can now use a new dock layout to scroll through recently opened apps.

Catch up on the latest news from WWDC 2017 right here.

What’s your opinion on Apple’s Announcements? Tell us in the Comments below! 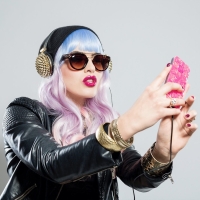