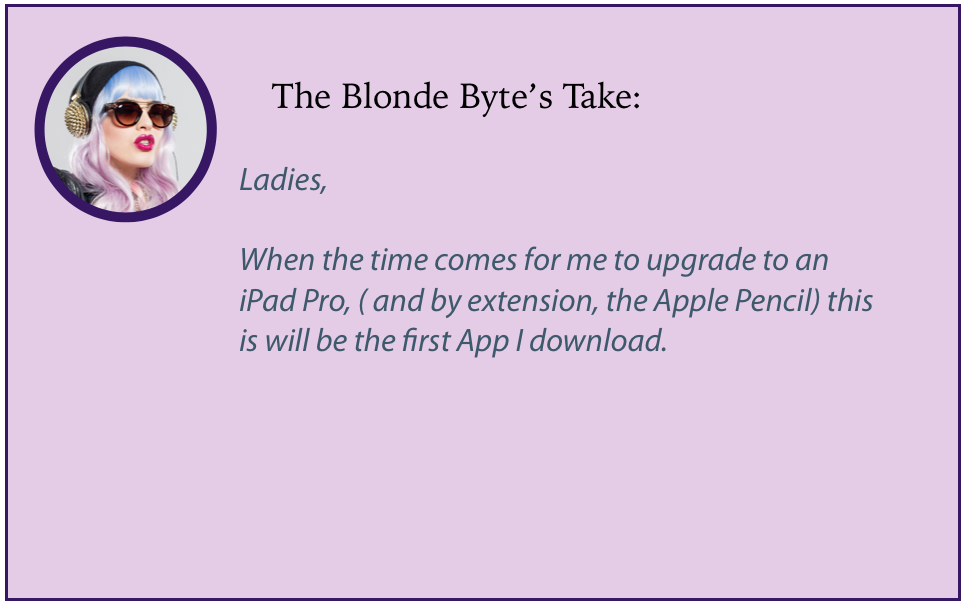 BY CHARLIE SORREL of Cult of Mac

Nebo is an alternative to Apple’s upcoming iOS 11 Notes app. Like the Apple app, Nebo lets you use the Apple Pencil to draw and write in notes. It also recognizes the words you write and lets you search on those terms. Unlike the native Notes app, however, Nebo also converts your longhand scrawls into actual, editable text, which can be copied and pasted anywhere.

In fact, I used Nebo to write this entire article. My handwriting isn’t as fast as my typing any more (my hand still hurts), but the app is fantastic.

Nebo is absurdly easy to use. That comes, I think, because it works so well. At no point during writing this piece did I get frustrated, or find the app doing something I didn’t want it to do. Quite the opposite, in fact: Nebo works just like paper, only better.

As you write, Nebo converts your words to text, and shows them at the top of the paragraph. This gives you confidence that it’s doing a good job. The handwriting recognition is uncanny. After a while I stopped trying to be clear, and just wrote in messy “joined-up.” Nebo got almost everything. Even better, you can make corrections like you would with pen and paper by writing over the word you want to replace. Nebo recognizes this and corrects the word for you. It’s not perfect, although the level of imperfection depends on how bad your handwriting is.

To erase a word, just scribble over it. To add and remove spaces, or split and join paragraphs, just draw a vertical line up or down. Then, when you’re done, simply convert to text or export text via the standard share sheet.

In Nebo, you can also sketch, add images and diagrams, and even do math. This last feature is pretty neat — you write an equation, then Nebo converts it into fancy math symbols. Better still, it’ll work out the answers for you, which paper will never do.

You can also search your notes (the search terms will be highlighted) and write bulleted lists just by starting each new line with a dash.

Sketches and diagrams are done in boxes, but they remain in-line with the body text. This is already an improvement on iOS 10’s Notes app, which shifts you to a separate mode for drawings.

To use Nebo, you need an Apple Pencil. (The app actually requires you to prove you own one on first launch.) But if you have one, and you like handwriting, you’ll love Nebo. It’s not quite the same as the iOS 11 Notes app — in some ways it’s actually more powerful than Apple’s app, which is currently available in beta only.
If you’re hankering for a handwriting recognition app now, Nebo might be perfect for you.

Nebo will cost you just $3.

Nebo is also available for Android and Windows 10.

Do you have a favorite handwriting App for your tablet? Tell us in the comments below!