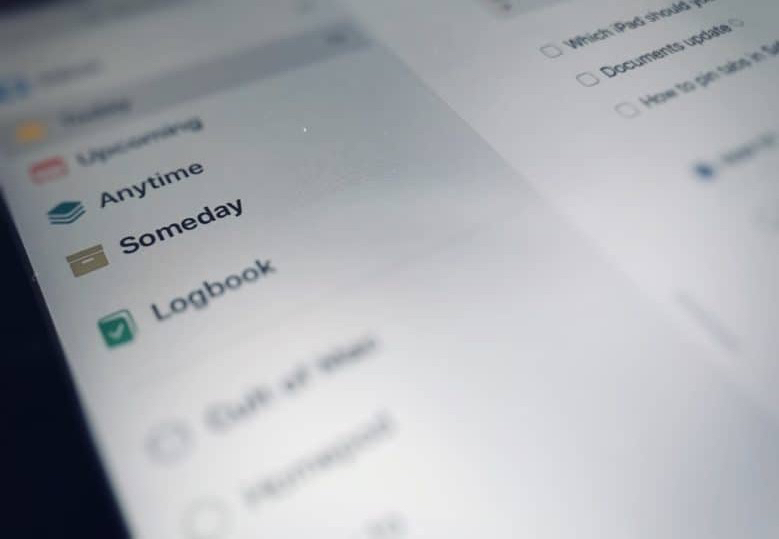 By Charlie Sorrel of CultofMac

Todo lists are great for not forgetting to, you know, do stuff. But they can be tyrannical, stressing you out with an endless queue of tasks which need to be completed. Even if you are hyper-productive, and manage to get through most of your chores, your todo list can end up cluttered with lower-priority tasks that don’t need to be on it.

This, then, is where the do-it-later list comes in.

A do-it-later list sounds like a goof-off. After all, you’re purposely putting a bunch of task off until an indefinite future date. But that’s exactly why its such a powerful idea. Instead of cluttering up your inbox with tasks that can’t be completed, you can keep your actual todo list short, while still gathering future task in a useful place.
Examples of good do-it-later tasks:
• A task with a definite future start date.
• Book and movie launches in the future.
• Notes, and things you want to remember, but don’t require you to actually do anything.
• Gathering the actual to-do tasks for a big future project.
• Tasks you can’t be bothered to do right now, even though you probably should.

As you can see, these are mostly the kinds of things that don’t need to be on your regular todo list. If your todo list is full of this kids of task, then you end up having to look at these same todos over and over, you learn to ignore them, until you end up actually forgetting to do them when the time comes.

The last entry — tasks you can’t be bothered to do right now — is just admitting to yourself that some things just aren’t going to gets done today, or even this week. Instead of torturing yourself, just get them off the daily list and do something else instead.
And all the while, they make reading your “real” todos much harder.

I’ll use Cultured Code’s Things app to demonstrate how some todo apps have built-in support for do-it-later lists. There are two main ways to create a do-it-later list. One is to make a separator list, and just put everything there. The other, which is much handier, is to use an app that can hide certain tasks. A good do-it-later feature lets you:

• a start date to a task.
• Hide tasks with start dates in the future. 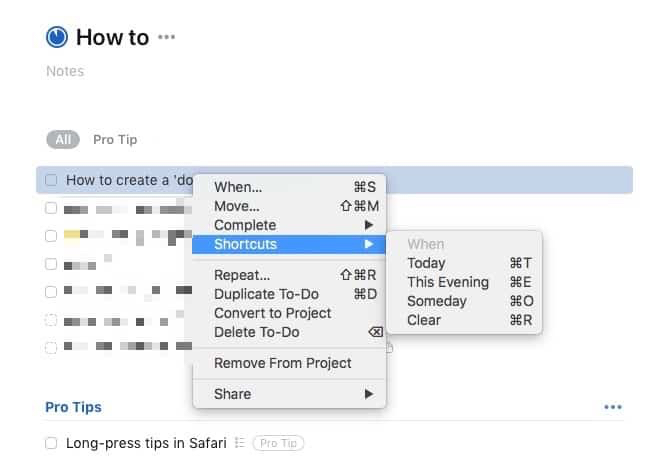 Things is exemplary in this regard. First, it has a dedicated do-it-later list, called Someday. Anything added to this list (done with the mouse, or by typing Command-O) becomes a do-it-later item. You can find all your Someday task in the Someday box, listed up in the sidebar. But the killer part is that you can choose to hide or show Someday tasks in the rest of the app. For example, I have a list of ideas for How To articles. Perhaps I have a bunch of How Tos I want to write when the next version of iOS is released. If I mark these as Someday, then I can just hit a button in my How To list that shows or hides Someday items. Someday items also get a special checkbox made from a dotted line, to distinguish them visually.

If you add a date to a task, it also disappears when you choose to hide future items. Until, that it, the future date comes around, and the task magically reappears on your main list. Look for an app that supports “start dates” if you like this feature.

Things’ implementation of do-it-later lists is great, and the big advantage is that you can organize these tasks into projects, like any other, and yet still hide them.

On the Mac and the iPad, you can just drag-and-drop the task to your do-it-later list. On the iPhone, you have to enter the task’s edit mode by by tapping the task, then taping the little i button, then selecting the list you want send it to. That’s a pain, but then, Reminders on the iPhone is almost nothing but pain.

The disadvantage of this method is that tasks have to be manually moved back to their original list when you want to “reactivate” them. The advantage is that you can user it in any app ever, even a plain old text note-taking app.

Do you have a favorite To Do workflow? Sound off in the comments below!