Moleskine’s productivity app is as addictive as its notebooks. The legendary notebook maker’s third app is the epitome of simplicity. 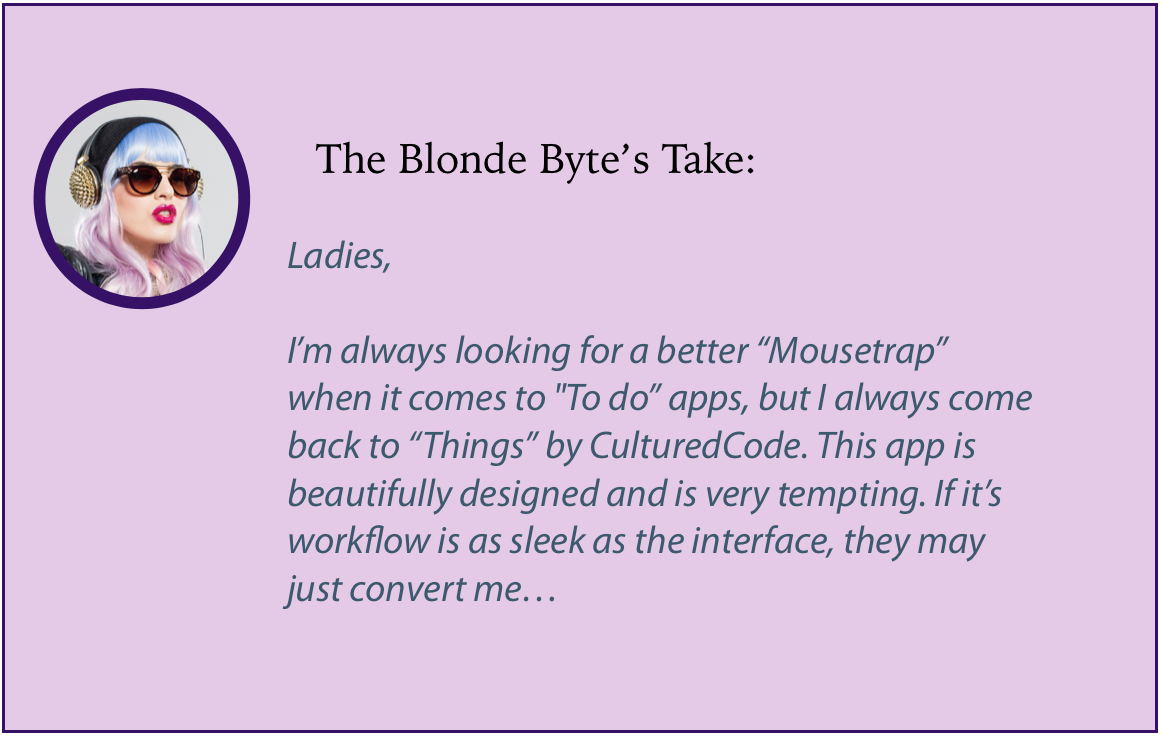 By Jesus Diaz of fastcodesign.com

The infinite descending spiral of chaos that I call “my life” is always in dire need of organization. While I should probably give up and embrace the madness, from time to time I’ve tried different task managers, apps, and tools in an effort to reign in the four horsemen of my personal apocalypse (work, family, friends, and hobbies).

Moleskine–the manufacturer of the popular paper notebooks of the same name–has been trying to gain a foothold in the digital space for years. Its first app, 2015’s Journal, tried to mimic the feel of real-world Moleskine journals using a terrible skeuomorphic interface. It never made it big and got lost in a sea of journal apps and bad reviews. By 2016, Moleskine had seemingly realized that replicating physical products in the digital world was pointless. It released the
Moleskine Timeline app, an elegant and clean calendar application with a minimal interface that reviewers call simple and effective.

The company’s new Actions app builds on its success, integrating with Timeline (as well as Siri) to keep you on track. It’s a to-do list that turns your items into “actions,” whether that means errands, homework, or something fun. And just like Timeline, its interface is so clean, simple, and precisely laid out that using it feels a little like unwrapping a real Moleskine journal and smelling it with a deep breath–though it doesn’t try to literally replicate that feeling with its design. 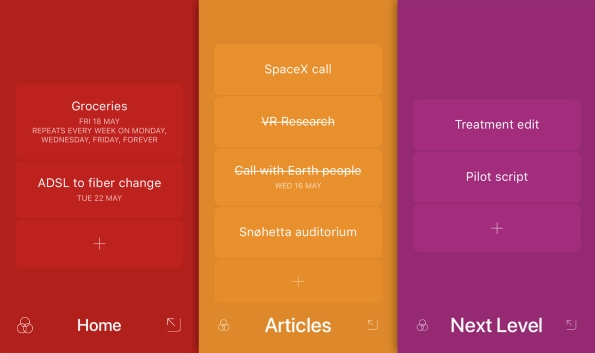 Unlike plenty of other to-do apps, Actions doesn’t try to nest tasks, establish any multi-step processes,  or organize your actions in any way except by time and category. It simply allows you to create to-do items in the form of cards that get clearly laid out on a timeline.

On the app’s home page, you’ll find the “Schedule,” with your pending tasks organized on a linear weekday timeline: Today, I have to go buy some bonito for Saturday’s lunch. Tomorrow, finish that illustration of David Bowie. Sunday I have to fix a chair and Monday get a blood test. Each of these tasks can belong to a color-coded category, so I can see what I’ve to do at a glance. 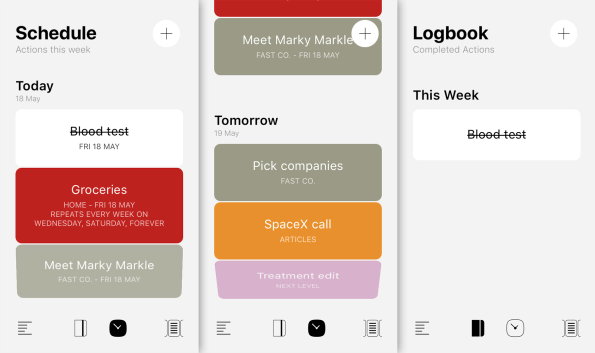 Actions also has a “Logbook” section, which keeps a record of all the tasks you’ve completed. At least for me, it’s a necessary thing for personal satisfaction and mental closure; I get a kick out of completing tasks and striking them off on a list, and I also like to look back to savor it. Your completed actions pop up in your Logbook after you’ve completed them, and you can set exactly how long it takes for them to be logged.

Finally, there’s the “Lists” view. Here you can set up the categories to classify your actions (and see the latest tasks in each category). Each category can be color-coded for easy identification (all my Co.Design-related tasks are a nice gray, for example). Picking a color is a nice playful touch that contrasts with the general sobriety of the interface: colored circles appear on the screen like moving molecules, stopping for you to make your pick. If you press on one of the circles and throw it, it will bounce around like a ball for a second.

And that’s it. The actions are always shown in card form, color-coded by category. With a right swipe you can mark an action as complete, and with a left swipe you can reschedule it. You can also set them to repeat, but instead of pre-filling the rest of your life with repeated actions (like “Laundry”), the app will only add the recurring task once the previous instance is complete or expired. The latter is a nice touch that avoids adding unnecessary clutter to your digital life.

There are many task managers out there. Many of them are very good. I’ve tried most, and they always seem to do too much. Eventually, they complicate your life more than simplify it. There’s a point at which organization can turn into its own arduous task. On the flip side, some of these apps try to be simple–like Apple’s Reminders–but end being confusing and limiting.

Actions gets it right, avoiding the pitfalls of either side with good UX and clean design. A tight set of features coupled with simple UI forces you to unclutter your tasks, mentally, as a first step to tackle them in your daily life. After all, refocusing on the bare necessities is the key to a better life–online and off.

Download Actions foriOS
Not available for Android as of this posting.

Do you have a favorite Task Manager App? Tell us about it in the comments below.