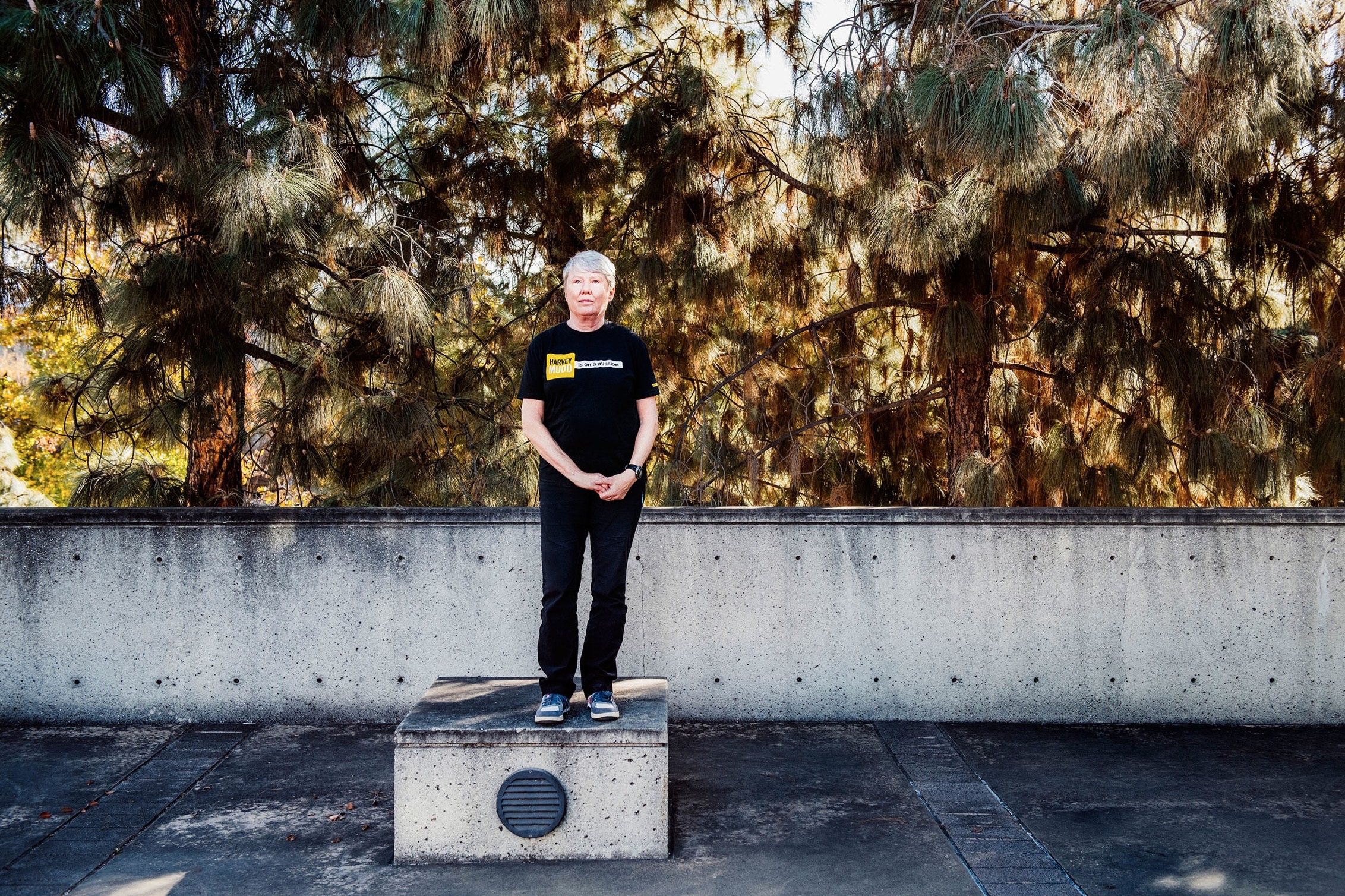 By Mallory Pickett of WIRED.com

IN 1978 A young woman named Maria Klawe arrived at the University of Toronto to pursue a doctorate in computer science. She had never used a computer—much less written a line of code—but she had a PhD in math and a drive to succeed in a male-dominated field. She was so good that, nine months later, the university asked her to be a professor.

Today, however, computer science is one of the few STEM fields in which the number of women has been steadily decreasing since the ’80s. In the tech industry, women hold only around one-fifth of technical roles. In light of these stats, the prevailing view in Silicon Valley these days is “This is terrible, let’s fix it.”

In Southern California, Klawe has done what tech has not. For the past 11 years, she has served as the president of Harvey Mudd College­—a small liberal arts school in Claremont, California, known for its intensive STEM focus—where the number of women in its computer science program has grown from 10 percent to 40 percent. On the subject, she’s optimistic: Change is possible. Now it’s the industry’s turn—and it could take a lesson from Klawe.

When you meet with men in the tech industry, can you tell that some of them doubt women can succeed in technical work?
That they don’t think women are suited for this? Oh, yeah.

People say that?
I was yelled at by one CEO who said his company was bringing women into technical roles but that if he saw it get to 30 percent, he’d know their hiring process was really screwed up. So I asked if he knew that we’re graduating women in computer science at more than 40 percent. He just blew me off. And when I asked him why there are so few women on his leadership team, he just said, “Gender isn’t an issue for us.”

So what about those screwed-up hiring practices? How do they work?
Look at the interview process. If I’m interviewing somebody, I would probably say, “Oh, it’s so nice to see you, welcome to Harvey Mudd, we’re really delighted to have you here with us.” But it would be quite common for a tech company to start an interview without even saying good morning or good afternoon, just: “I want to know what you know about pointers in C++, so show me how to do that.” Very adversarial, bragging, trying to show how much smarter they are. There are some women who feel perfectly comfortable in those environments, but I would say for the most part they don’t. Also, that kind of environment is just obnoxious. 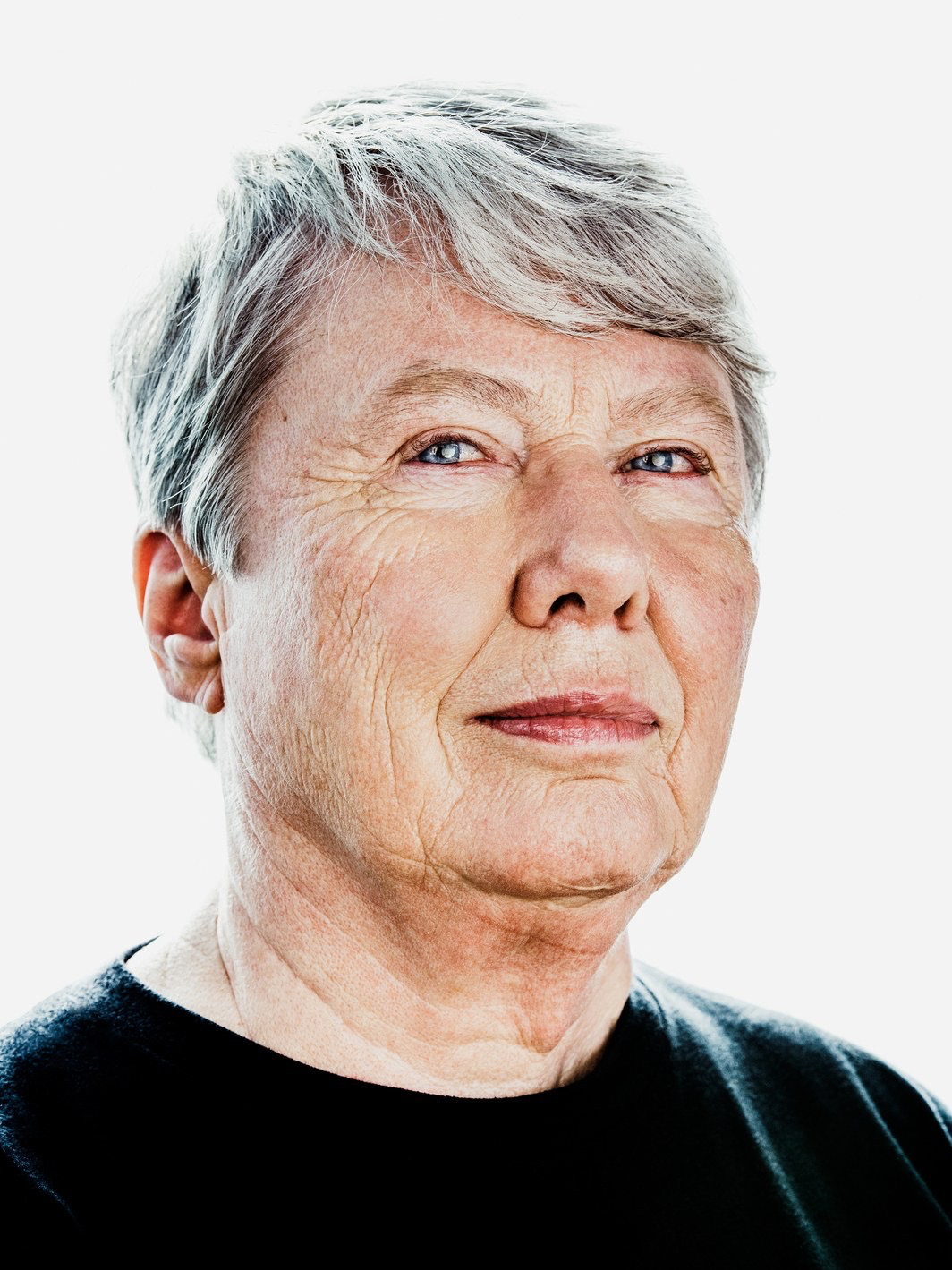 Should they change? Judging from how well these companies are doing, it seems like those methods work. I mean, Steve Jobs was apparently an asshole—
He was an asshole. I met him.

—and Amazon reportedly has a terrible work environment, yet these are successful companies.
Yep.

So why change just to be friendlier to women?
Google, Facebook, Microsoft—all these companies were successful because they figured out a new way to make money. Google monetized search through advertising, Facebook became an advertising platform, Microsoft created a dominant software platform. But it’s probably an error to associate their success with their managerial style or their culture.

Some would say those managerial styles and cultures are crucial, not coincidental.
Let’s go back to the first big tech companies, like IBM and HP. Both were highly inclusive, really worked on hiring and promoting women and people of color. In fact, virtually every woman or person of color who’s a leader in the tech industry today—who’s roughly my age, 66—came up through IBM or HP. Bill Gates and Steve Jobs and all the people in that generation came along in the ’80s or late ’70s. This happened to be a time when girls and young women were being turned away from computers. Computers became a boys’ domain almost overnight.

How?
Women were once about a third, maybe 35 percent, of the computer science majors in this country. Part of that was—I mean, this sounds so ridiculous—but part of that was because women had better typing skills and were thought of as being more careful. In the ’70s women were majoring in computer science because it was something they were expected to be good at. Then we had personal computers entering homes and schools.
There are two kinds of things you can do on a PC as a child. One is word processing. Bo-ring! The other is playing games like Pong and Space Invaders—computational power at that time couldn’t do graphics more sophisticated than that. And who likes to play those kinds of games? Boys. So it’s not particularly surprising that very quickly boys took over.

Is there a business reason for getting back to a culture in which computers aren’t seen as a boy thing?
The reality is, if tech companies can’t persuade more women and people of color to major in computer science, they are not going to be able to fill the positions that they have. Everybody’s looking at the same talent. They absolutely know what it costs to recruit a single person, and they know that if their churn for employees is, say, every 13 months, that’s not a good business case for them.

So when you actually start to increase the enrollment of women in computer science programs, what happens?
Well, at pretty much every place—not just Mudd but Carnegie Mellon, MIT, University of Washington, UBC, Princeton—that has made a significant effort to recruit women into engineering and computer science, not only do the female students do as well, they also take on most of the leadership roles.

With that in mind, have you noticed a change on campus?
Huge. It’s more social, people are happier—it’s just a different vibe. Before, there was a very particular culture, which is fairly common, where computer science is the central focus in the lives of most of the students. They read Reddit and GitHub, they play a lot of videogames, they do hacking projects. There are still students like that, but there are also people who care more about ballroom dancing.

What’s so important about having ballroom dancers be computer scientists?
If computer science is going to affect every aspect of society—and it is—you really would like to have some dancers, and some artists, and some doctors able to work at the interface of computer science in their field. That’s where the demand will be. Having that breadth of knowledge means you have better teams working on projects.

Sure, but is teamwork as important as your ability to write good code?
These days, agile software development often relies on pair programming, where you have two people—a driver and a navigator. The driver codes, the navigator looks over their shoulder and asks questions, and they flip roles about once every half hour. The result is much higher quality software. There are fewer faults.

Yet women still feel unwelcome. What changes at Mudd addressed that?
One was to make the introductory computer science course less intimidating. If you emphasize needing a special kind of brain, students who are underrepresented will do much worse. But if you say this is a discipline that rewards hard work and persistence, everyone does better.

We also started emphasizing more practical applications in introductory classes. In the past we presented computer science as interesting just for its own structure. That was very effective at attracting white and Asian men to the discipline, but only a subset of them, and it was generally not effective for women or people of color. When you start to make the argument that computer science is worth studying because of the things you can do with it, you attract not only more women but also a lot of men who wouldn’t have been interested in the usual approaches.

If everyone knows it’s a good idea to be more inclusive, and everyone wants to support their female employees, why aren’t more companies doing it?
Because changing culture is hard. Every company has somewhat different attributes that make recruiting people and keeping people difficult. Apple is one company that I don’t think is particularly trying. They hired their first VP of diversity and inclusion, and that person stayed for less than a year.

How did they do that?
The executive in charge of hiring came to me for help. I said, first of all, change your job descriptions. Don’t just list the technical skills you’re looking for. List communication skills, creativity, and people skills, so women will know it’s a workplace that values those things and because those are traits women tend to have more confidence about.

Gender isn’t the only concern, of course. If the percentage of female technical employees is in the teens at many companies, black and brown employees are—
In the single digits! Like, one-handed digits.

What is Harvey Mudd doing about that?
The truth is we made very little progress on race until about five years ago.

What happened?
We had been running a program where we would bring in 35 to 40 high school students for a weekend, and it was primarily aimed at students of color and women. Five years ago, we doubled the program and did two cohorts instead of one. And I started reaching out to African American leaders across the country. We also did research on how to recruit more Hispanic students, and we learned Hispanic families want their kids to stay close to home. So we needed to focus on admitting students from schools in Southern California.

What would you say to schools that are not making these changes?
What’s facing us is a very, very different future. The haves will be the people who have the skills that are needed, and the have-nots will be the people whose skills are no longer needed—because of automation, because of AI, because of robotics. We don’t know how fast certain kinds of routine jobs will go away, but we do know it will put a further income gap between people who have that kind of education and knowledge and people who don’t. If there are not many women, or people of color, or older people, or low­-income people getting that technical education and those technical jobs, it’s going to further polarize the situation in the country. It’s a question of transforming our society so a large enough fraction of people have opportunities for productive work.

So the stakes are high.
We want the Earth to survive. It’s pretty straightforward.

Do you have a woman in tech you admire? Tell us about her in the comments below!