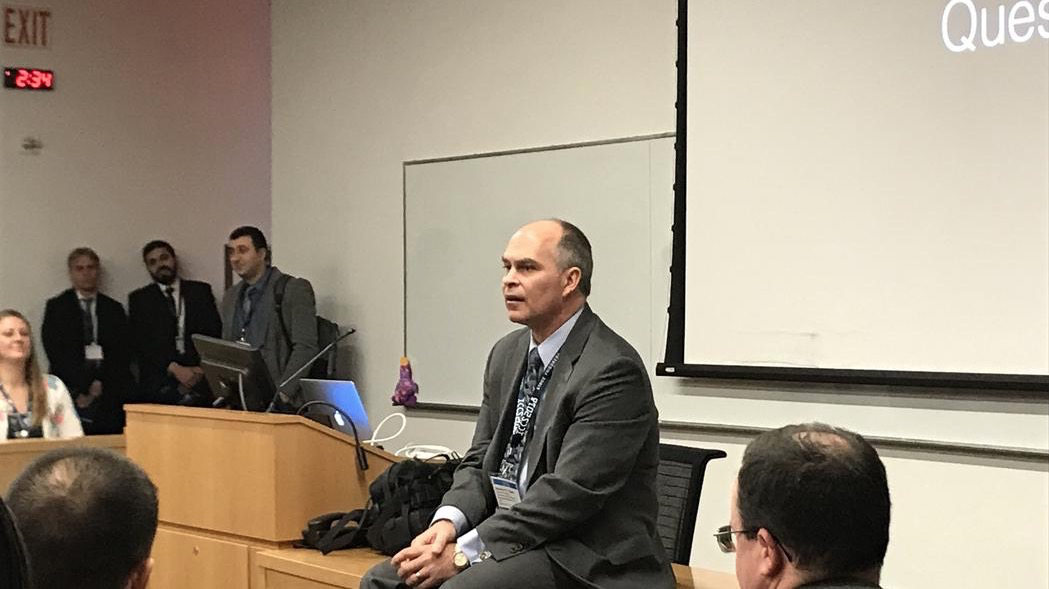 An FBI forensic expert lambasted Apple for making iPhones hard to hack into.

By Lorenzo Franceschi-Bicchierai of Motherboard at Vice .com

Ever since Apple made encryption default on the iPhone, the FBI has been waging a war against encryption, complaining that cryptography so strong the company itself can’t break it makes it harder to catch criminals and terrorists.
On Wednesday, at the the International Conference on Cyber Security in Manhattan, FBI forensic expert Stephen Flatley lashed out at Apple, calling the company “jerks,” and “evil geniuses” for making his and his colleagues’ investigative work harder. For example, Flatley complained that Apple recently made password guesses slower, changing the hash iterations from 10,000 to 10,000,000.

That means, he explained, that “password attempts speed went from 45 passwords a second to one every 18 seconds,” referring to the difficulty of cracking a password using a “brute force” method in which every possible permutation is tried. There are tools that can input thousands of passwords in a very short period of time—if the attempts per minute are limited, it becomes much harder and slower to crack.

On the other hand, Flatley repeatedly praised the israeli company Cellebrite, which sells hacking devices and technologies to law enforcement agencies around the world. Flatley said that they are the ones who can counter Apple’s security technology.

“If you have another evil genius, Cellebrite,then maybe we can get into that front,” he said, facetiously coughing as he said “Cellebrite.”

Cybersecurity experts and civil liberties organizations, meanwhile, have long made the case that iPhone encryption keeps the average consumer’s data safe from hackers and authoritarian surveillance, a net benefit for society.

One thought on “Tales from the Orchard: FBI Hacker Says Apple Are ‘Jerks’ and ‘Evil Geniuses’ for Encrypting iPhones”