This week’s App comes to us via Ashley Macey at Brit & Co. It’s a simple, yet, brilliant App to re-enforce Positive Affirmations in a world of Political Chaos.

I hope you like it as much as I do…

“It’s no secret that on New Year’s Eve most of us were more interested in saying “F You 2016” than “Welcome 2017.” So instead of dwelling on the negative (which would be waaay too easy), I’ve decided to set myself up to avoid bad attitudes and embrace positive vibes in the coming year. But before I can accomplish this hefty task, I thought it would *probably* be best to equip myself with a few useful tools to help me look on the brighter side in 2017. One of the strategies I’m investigating is positive affirmation.

Positive affirmation isn’t new — in fact, the concept has been tied to the historic practice of Buddhist and Sanskrit mantras — but it is new to me. As a psychological practice, positive affirmation was first popularized by French psychologist Emile Coué in the 1920s, and it’s been a hotly debated topic within the scientific community ever since. While some scientists believe positive affirmation is a proven way of creating a new habit, others believe it’s just a bunch of hippie mumbo jumbo.

So, I made myself a little experiment. Using the popular app ThinkUp (free on iOS and Android), I would see how positive affirmation practice would impact my life over a week.

The first thing I had to do was dream up my own affirmations. I opted to start with three that I felt would help me stay more positive in the first week of 2017 (and, yes, I am aware that most of them are *super* cheesy). Once I chose my affirmations from ThinkUp’s comprehensive list, the next step was to record myself saying them aloud. Merging my recordings with a soothing musical track, the app then created a specialized playlist just for me. The goal was to listen to the playlist three times a day and say my affirmations out loud in time with the playlist.

I won’t lie: It totally felt awkward at first. Shouting my dreams into the world seemed hella crazy — especially when I mistimed my schedule and ended up having to whisper them in line at Starbucks.

But by the end of day four, I honestly did start to feel more positive. It’s really important to give yourself up to the process and stop feeling like you’re being a weirdo in public. Because I got to record the affirmations in my own voice, it was the perfect pep talk from myself to really kill in positivity every single day… and I loved it!
Sure, my neighbors might think I’m a little insane now (if they didn’t already). But even after just a week I could feel myself remembering to let go of life’s little annoyances and ground myself in my goal to stay more positive.” 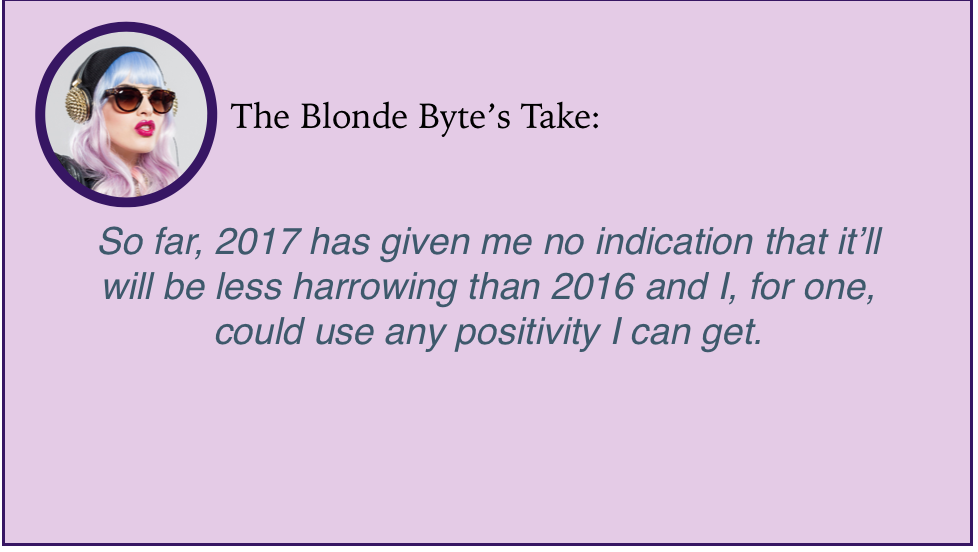