The last, really great one died in Oct of 2011…
Where have all the great tech leaders gone?

Anyone else think this sounds like a Stephen King book waiting to happen?
A Tech Test to Keep Seniors in Their Homes Longer

This really isn’t news, is it?
How technology and social media is undermining family relationships

Well, sh*t. There goes my mid-morning naps…
Beware. This Tech Can Detect Snoozers At Work, Blast Them With Cold Air

I don’t understand. Is there no Postmates out there?
San Francisco Bay Area cities are cracking down on free food at Facebook and other tech companies

Um… for the same reason they let Russian Trolls Hijack our election. They don’t care.
A year after Charlottesville, why can’t big tech delete white supremacists?

Have the tech giants grown too powerful? That’s an easy one

Almost as much as they hate going into debt over a routine illness. God, our Healthcare sucks.

A big overlooked flaw with health tech: Patients hate going to the doctor 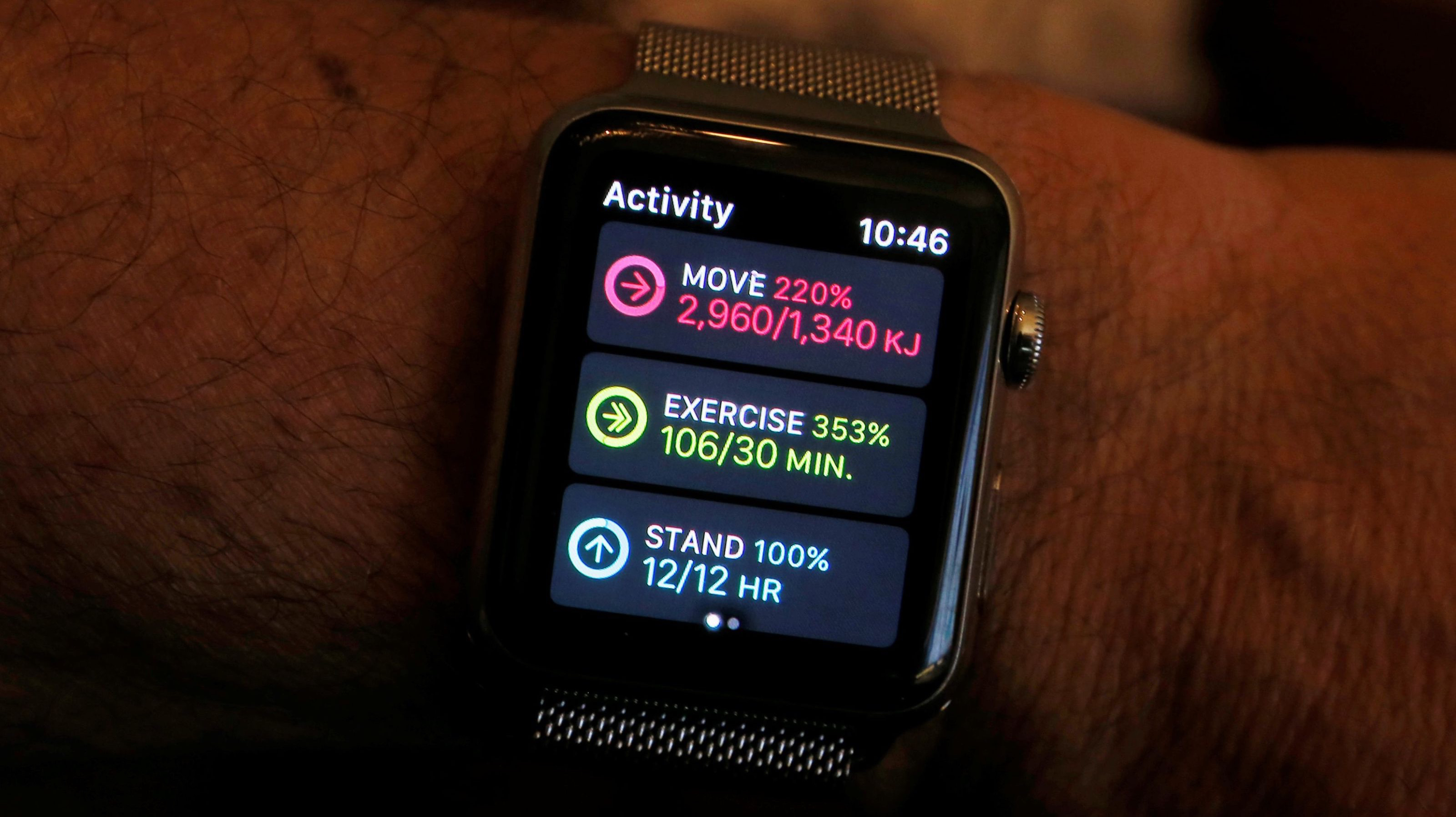 By Helen Edwards and Dave Edwards of Quartz

The next stage of the platform wars may be in health.

Despite being one of the most regulated sectors, where change is driven as much by law as by technological advances, the big tech giants are active. Amazon, JPMorgan, and Berkshire Hathaway are teaming up to form an independent healthcare company for their employees in the United States. Alphabet’s Verily is moving into health insurance. And to consolidate, traditional healthcare giant Cigna has announced (paywall) it is buying pharmacy benefits firm Express Scripts.

While the same rules for platform domination will likely apply—adoption that builds on network effects aided by the power of Big Data and increasingly sophisticated AI—only one company already has a popular health-tracking device on sale that is essentially a supercomputer that’s always on your body.

The Apple Watch continues to grow its sales, which it doesn’t disclose but are already presumed to be in the tens of millions annually; one report suggests that Apple sold more watches last quarter than Rolex, Omega, and Swatch combined.

And the pipeline suggests that Apple has even more plans for its smartwatch.

At the end of February, Apple was awarded a patent for an Airpod-style charging case that can hold a watch but also a number of bands. This isn’t just a fashion accessory; the bands in question are “smart bands,” electronic devices in their own right. The reason you’d want more than one band might be because Apple might think that the next generation of medical devices will be for conditions that need more than one physiological measure—such as blood pressure and blood glucose for managing diabetes or glucose intolerance—and that measuring these body signals will not be possible in a single wearable.

(These bands aren’t fantasy—a company called AliveCor already offers the first US FDA-approved electrocardiogram reader for Apple Watch called Kardiaband, which may also be able to detect high potassium levels in the blood.)

Last year, Apple was also awarded a patent for a very clever way of measuring blood pressure with a Watch, where you can hold the Watch against your chest and a controller is configured to process output signals from an accelerometer. It detects when your blood-pressure pulse is propagated from the left ventricle of your heart, detects when it arrives at your wrist, then calculates a pulse-transit time that is then used to calculate your blood pressure. The accelerometer is dead in the middle of the band, not in the body of the Watch. This makes us think that there’s not much else that can go in that band, except perhaps a battery and maybe some colored lights.

Another area to speculate on is what else Apple may be thinking of monitoring. In the US alone, there are 115 million people who suffer from some form of pre-diabetes, diabetes, or hypertension. Many people actively monitor their diabetes through physiological monitoring of blood glucose with a finger prick test. Blood-glucose measurement through non-invasive means is a significant challenge and no one has figured out a reliable way to do it accurately.

But rumor has it that Apple is on the case. This is a very tough technical challenge that people have been trying to solve for decades. We suspect that Apple’s case patent may be an indicator that it will not be possible or desirable to use one band for both blood pressure and blood glucose, or anything else for that matter, for at least the next decade. So you might not be monitoring everything all of the time but you may be easily able to switch out charged smart bands that are fashionable and conceal that you are being monitored.

We think that only Apple can make medical surveillance bearable, much less cool. Which makes an Apple Watch, smart bands, and a case that does it all, an essential purchase. At that point, the Watch system is a lot more than just a $400 watch and the market isn’t just consumers—it’s employers and insurers who figure out the new economics of health as a platform service. The overall market for watches is likely smaller than phones but Apple’s competitive advantages in design, technology, and data security could give it a significantly higher market share in watches.

This is especially true for insurance company buyers who will be focused on effectiveness and security much more than price. If Apple emerges as the safe purchase for corporate buyers, the Watch could be the next big thing that investors have been looking for since the iPhone.

What do think of Apple tackling the Health Industry? Tell us in the comments below! 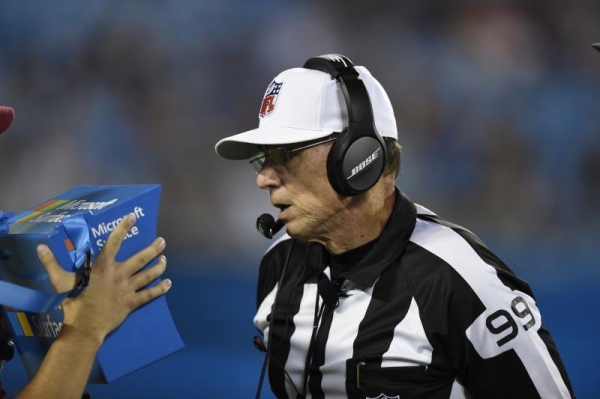 As long as they check the air levels of those footballs before the big game on Sunday…
Goal Line Lasers, Football Sensors and More: Why the NFL Is Slow to New Tech.

If they deliver a doctor to my house via a drone, I will be all over this!
Amazon’s new healthcare company could give smaller healthtech players a boost.

Uncle Tim is getting a public pat on the back from the Idiot-in-Chief?! What is happening?!!
Apple gets rare nod in Trump’s tech-light State of the Union.

People need to stop getting their news from Facebook. Seriously.
Tech is now a weapon for propaganda and the problem is way bigger than Russia.

If they deliver a makeup artist via a drone, I’m all over… oh, wait…
Personalization through tech is the future of the beauty industry.

I guess she missed the Women’s March, #MeToo and #TimesUp movements?
YouTube CEO’s response to lack of women in tech was cringey af.

Well, if they’re not gonna do anything about the Gender Gap, then, yeah!
Tech companies have an obligation to join the fight against poverty, says Tipping Point CEO Daniel Lurie. 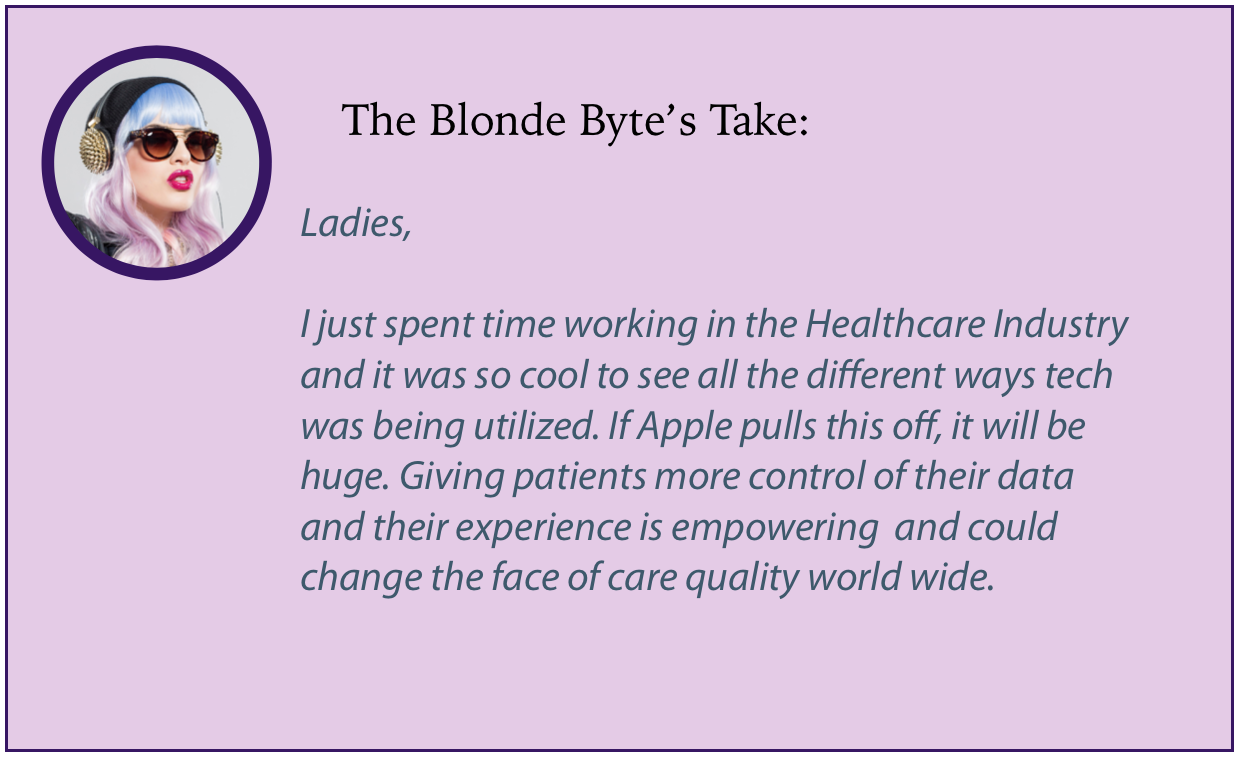 By Larry Dignan of ZDNet

Apple’s next update of operating system for iPhones and iPads will include a feature called “Health Records” that may ultimately be best positioned to aggregate electronic medical records for individuals.

The move to electronic medical records and the patient portals that go with them has been underway for years.

There are multiple players in the space and tech giants such as Microsoft and Google and now Apple have been inserting themselves into the health care market.

Meanwhile, wearable device companies can also be players in the patient data game. Fitbit and Apple have been partnering with medical device makers and that data can ultimately be rolled up into a portal and health record.

So what’s in Apple’s favor with Health Records in iOS 11.3?

1 The Apple Watch and iPhone is a conduit for micro-level data such as heart rate, activity and if in some cases medical conditions. Apple’s HealthKit already gives the company a foothold in the healthcare market.

2 Apple is good with partnering. Just like Apple has with enterprise technology giants, the company has partnered with the leading players in the health record space. Apple is going for the aggregation approach and partnering to suck in data from participating medical institutions in one place.

3 The leading medical data players are on board with Health Records. Apple is starting with a dozen hospitals including Johns Hopkins Medicine and Penn Medicine and has connections into Epic Systems and Cerner. Epic and Cerner are the leading players in the medical record management space. Think of Epic as the SAP of hospital management software. The hospitals listed as Apple’s launch partners run on Epic and Cerner for the most part.

4 Apple is going along with standards. Health Records is based on FHIR (Fast Healthcare Interoperability Resources), which is a standard for transferring electronic medical records.

5 The healthcare industry has already done a lot of the heavy lifting. The real work to move to electronic medical records has occurred over the last decade with a push from the government. All that IT integration primed the pump for a player like Apple to bring healthcare data to consumer devices.

6 Apple’s enterprise footprint can be leveraged. When Apple is pitching its health record and portal wares it appeals to IT executives directly.

7 Privacy. Apple has played the privacy marketing well and differentiated itself from Google’s cloud and data centric approach. In areas like artificial intelligence, Apple’s approach is a handicap. In healthcare, that approach is an asset as Health Records will be encrypted and protected under a user’s iPhone passcode.

What do you think of Apple’s influence in our Healthcare System? Sound off in the comments below!